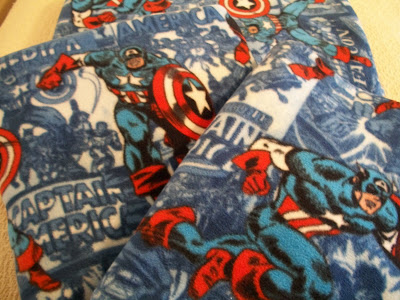 Earlier this year I took 2 granddaughters to JoAnns fabric shop. The youngest, 9 years old, wanted a piece of fleece with a pattern of large purple circles. It was all she wanted. I bought a couple yards, took it home and trimmed the salvages. She didn't want me to do anything else to it ... ? I found out last weekend that she sleeps with it every night.

So ... last week I bought some 58" wide licensed Captain America fleece at the local JoAnns fabric shop, trimmed the salvage edges and made a simple 88"x58" throw for my 18 year old grandson. Again, no finished edges. He LOVES Captain America. He LOVED, LOVED, LOVED IT! Said it will now be his snuggle blanket. His 19 year old brother saw it, said he wanted one, too. A couple more grandsons said they would like one each. So I went back and bought the remaining Captain America fleece on the shelf. In all, I cut four 88"x58" throws and two 58"x72". The shorter fleece pieces will go to the youngest two grandsons, both 8 years old. So easy.
Used coupons both times :D 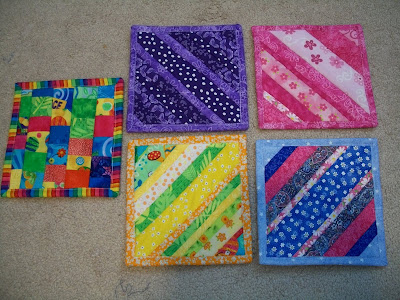 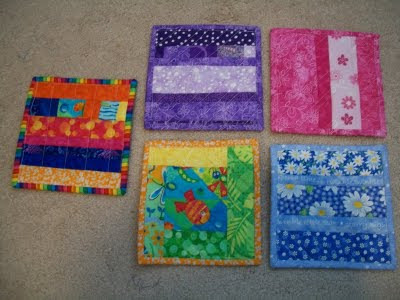 Oh yeah! I'm still making pot holders from scraps. First pictures shows the fronts, second pictures show the backs. So cute! They are for me :D
Posted by Sheila at 10:36 AM

Isn't fleece just THE best ever? Right up there with coupons from JoAnns!

Your pot holders are so bright and cheerful... I need to make me a few! 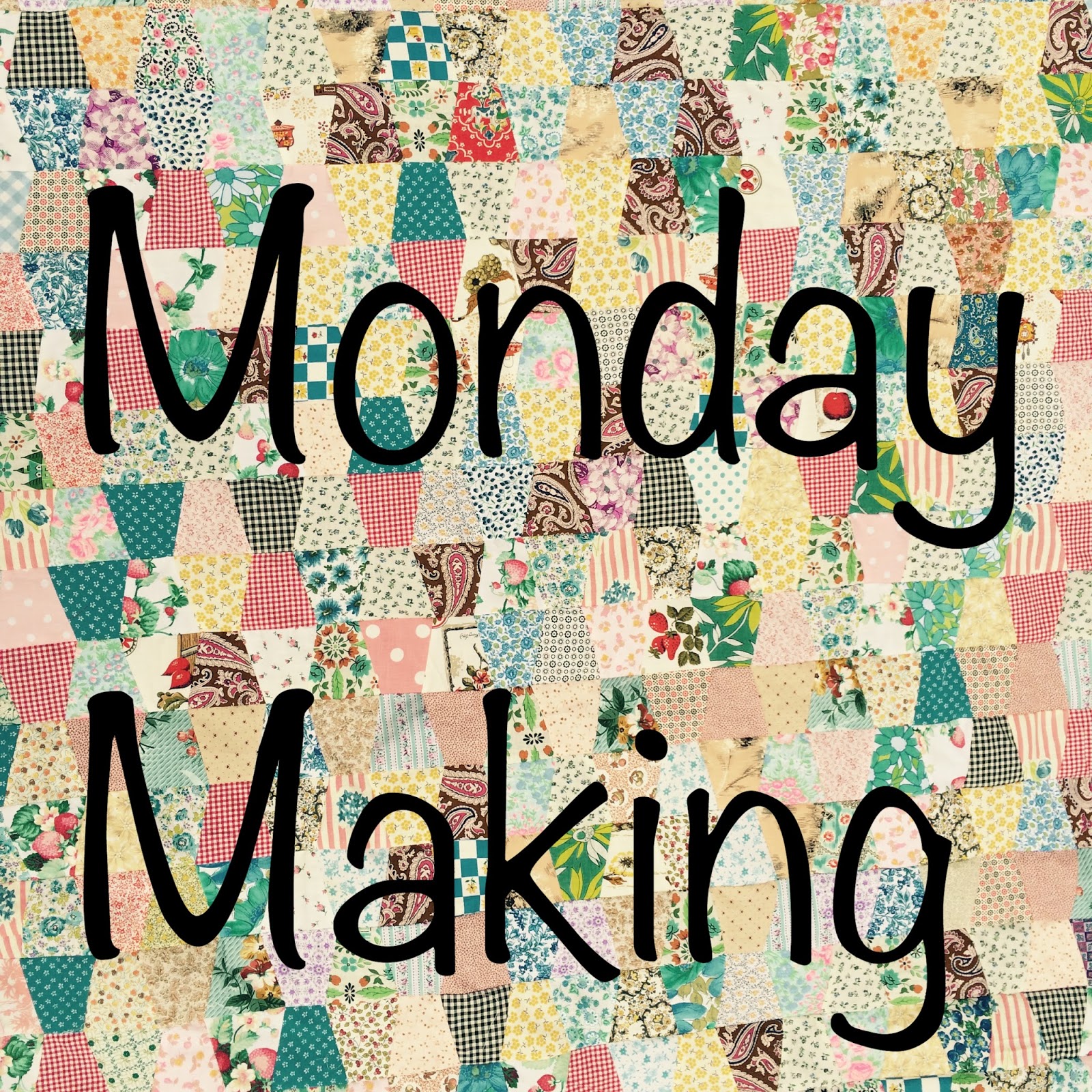 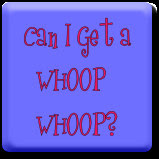 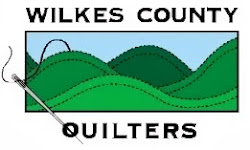